When we explore modern-day animals, especially swift and aggressive reptiles like alligators, one of the questions that often pop up is – are alligators dinosaurs?

The simple answer is NO; alligators are not dinosaurs. However, they are the closest living relatives of dinosaurs. They belong to a group of reptiles known as crocodilians which also includes crocodiles, caimans and gharials.

Although dinosaurs are now extinct, alligators and other crocodilians are still in existence. And there are certain evidence that shows that they possess similar characteristics with archosaurs – the group to which dinosaurs belonged.

In this article, we will look at some interesting facts about alligators you probably didn’t know about. Are alligators descendants of dinosaurs?

Alligators are not descendants of dinosaurs. However, even though dinosaurs are now extinct, we know that alligators are related to dinosaurs because they both belong to a group known as archosaurs. And they both share the same ancestors from the mid-Triassic period, about 230 million years ago.

Some of the characteristics they share include laying of eggs which makes them amniote animals, possession of long hind legs, having short forelimbs, and having teeth that are arranged in sockets.

Alligators are not dinosaurs, but they share similar characteristics with dinosaurs, and they both belong to a group of reptiles known as archosaurs.

Archosaurs is a diapsid group having only birds and crocodiles as their surviving representatives. They are reptiles in the broadest definition of the term, which includes birds, non-avian dinosaurs, pterosaurs, and extinct crocodilians. As far as reptiles go, crocodilians are the closest living relatives of dinosaurs. Some of the animals that belong to this group include alligators, crocodiles, caimans and gharials.

How did alligators survive extinction?

Alligators managed to survive the asteroid strike that wiped out all dinosaurs because of the unique shape of their body and their versatility.  According to research, their body shape allowed them to withstand the huge changes in the environment that was brought about by the impact.

Interestingly, they (alligators) prefer to live in complete darkness and can flourish both in and out of water. They are also built to pull through severe injuries that they may sustain.

Regarding weather preference, alligators generally like warm weather, and this is understandable. Because they lack the ability to control their body temperature, they continually need to be warmed up by the environment. Interestingly, this was the type of conditions (warm weather) they were exposed to during the dinosaurs’ age, which could have facilitated their survival.

Since they survived the asteroid strike, which stopped them from going extinct, alligators have not really changed much. And studies attribute this to two main factors – absence of evolution and limited diversity. How did alligators survive dinosaurs?

Alligators’ survival in the age of dinosaurs can be attributed to several factors.

What dinosaurs did alligators evolve from?

Alligators didn’t evolve or descend from dinosaurs. Rather, they are distant relatives. This also applies to other crocodilians.

Both alligators and dinosaurs have a common ancestor – the archosaurs. The archosaurs further split into groups that later diversified. The groups include Pterosaurs which were made up of flying reptiles, Dinosaurs and Crocodilians. As you would guess, Crocodilians was the group that produced the crocodiles and alligators we have today. Caimans also belong here.

The actual time the crocodilians emerged is not certain, but studies suggest this to be about 80 million years ago (before the Cretaceous-Tertiary extinction), while the archosaurs first appeared 245 million years ago. Most of the animals that existed during the CT extinction died off (including dinosaurs), while the crocodilians survived. Alligators, specifically, survived two ice ages and the meteor impact that concluded the Cretaceous era and did not experience mass extinction like many large animals that lived during the time.

Why did alligators not go extinct?

The way their body is built and how well they can adapt to different environmental changes are the main reasons why alligators did not go extinct. Their ability to live without feeding for many months or even years also contributed to their adaptation.

Unlike many animals, they can survive both on land and water and stop breathing for an hour. Their best living condition is in a warm environment, which is understandable since they are cold-blooded. They also have a very tough body that can survive fatal injuries. In fact, one can lose its legs in a fight and still live up to a hundred years. Is an alligator a reptile or a dinosaur?

Alligators are reptiles. They are reptiles that evolved from archosaurs, which refer to a group of diapsids and egg-laying reptiles, otherwise known as amniote reptiles, including dinosaurs, caimans, and gharials and crocodiles. They breathe with their lungs, and they possess dry, scaly skin, which prevents them from drying out.

Are alligators or crocodiles closer to dinosaurs?

No, Alligators are not Bulletproof. Contrary to popular opinions and whatever people may have seen in movies, they can actually die from being shot with a gun. Without a doubt, alligator skin is very strong, and it’s almost the strongest amongst other predatory animals in the wild, but their skin is penetrable. However, a fully grown alligator may survive a gunshot, especially when it comes from a pistol, but several bullets from a bigger gun will definitely do more damage, which could lead to death.

Did alligators survive the meteor?

Yes, they survived the meteor – thanks to their body shape. They were able to survive because of how their body was built, which made it easy for them to adapt to weather changes, unlike some birds, mammals and reptiles that couldn’t and are now extinct. Because of their unique hardcover body, they could draw energy from the sun and did not need to eat much food like some other animals.

We will draw the curtains here. So, are alligators dinosaurs? The answer is no. Even though both animals share many similarities, they are not the same. And while dinosaurs are now extinct, alligators still continue to exist.

That said, one can’t help but marvel when they visit the zoo to see a crocodile. They see an animal that was alive at about the same time dinosaurs were around. It’s even more interesting that they had similar features. Just take a look at the Spinosaurus, whose skull and tail resemble those of alligators! Yes, scallops feel pain though it might not be exactly the same way humans do. This has remained a… Frogs don’t always stay in our ponds and lakes like most of us expect. They are commonly spotted moving… Snails are well-known for having soft bodies and spiral-shaped shells but no legs. They belong to the phylum mollusca… Ants are social insects that belong to the phylum arthropoda, and class insecta; they are of the family Formicidae… 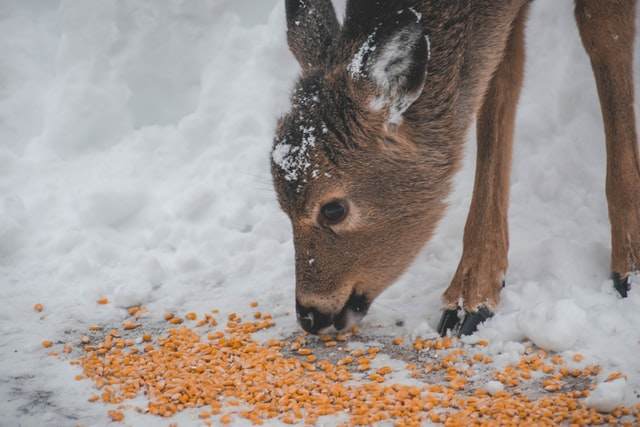 If you’re like me, the thought of having a deer graze on your land might sound exciting. I can’t…